We’ve called for an animated anthology series which would create stories based on the previous Trek shows and films that many of us would like to see. We called it Star Trek: Continuum. Since we never got a letter from Alex Kurtzman, we think this is the next best thing. According to Entertainment Weekly, Lower Decks creator Mike McMahan says that some of our favorites from The Next Generation may appear on the series!

In the interview, McMahan says that the show will be set in the era of The Next Generation (24th Century) and that there are a lot of recognizable characters who could appear. Could that mean the Borg or Ferengi?

“Next Gen is my favorite era,” says McMahan. “And as a huge Trek fan, I would definitely want to try to use some of them so that I could not only build out the world, but also work with some of my heroes.

McMahan says that he pitched the show to be about the guy who “brings the yellow cartridge to the back of the food replicator so that a banana comes out the front.”

The premise behind Lower Decks sounds incredible — an animated Trek show, aimed at adults, that will tackle stories that might appear on any live action film or show.

WHICH NEXT GENERATION STARS WILL APPEAR ON LOWER DECKS?

So now that we know that our TNG favorites might appear on Lower Decks, which will they be? As cagy and guarded as they are, here is who we think will appear in animated form:

Commander William T. Riker — this is a no brainer. Jonathan Frakes has done a bunch of interviews recently, where he’s saying that he’ll be back as a director for Strange New Worlds, but also hinted at a return to acting on Picard’s second season. We think Frakes will be a shoo-in because he’s so heavily involved in Trek, and has appeared in almost every series (Enterprise fans, please don’t throw your shoes at me).

Guianan — Whoopi Goldberg has already been confirmed for Picard’s second season, but she could also appear on Lower Decks. It makes perfect sense. If the show it about the guy who replaces the replicator parts, surely he’d run into a wise bartender sooner or later.

Mr. Data — like Frakes, Brent Spiner was a big player in Picard, and showrunner Akiva Goldsman says that Spiner’s new character (Dr. Altan Inigo Soong) might live on to see more episodes. So, why not?

Worf — According to the comic book series Star Trek: Countdown, which gave readers the background of events of Picard and other TNG characters, Worf did get promoted to captain. This happened once Picard was elevated to admiral. Wouldn’t it be AWESOME to see (or at least hear) Michael Dorn growl his way through the U.S.S. Cerritos? Dorn is the one TNG alumnus who has been quiet lately, possibly signaling that he’s given up on the Captain Worf idea… or that CBS has secretly made a deal to bring back the Son of Mogh.

Could we ever see a Star Trek / Star Wars crossover?

Can the guy who has been everything Trek — Jeffrey Combs — become Pike’s doctor?

Updates on Picard: Season 2 from Patrick Stewart and Akiva Goldsman 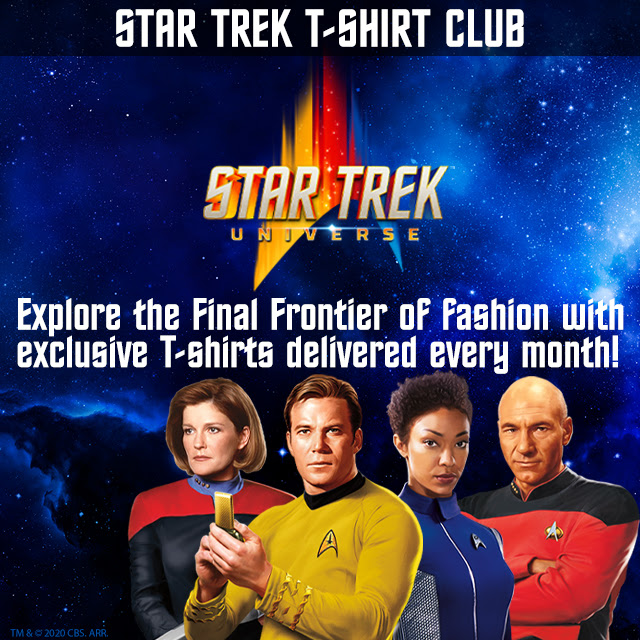 Could we ever see a Star Trek / Star Wars crossover?

Cosplayers: You can win a ticket to the Disco Season 3 virtual premiere by entering into CBS All Access’ costume contest!
Read more

InHouse-Con is back! This time, meet actors from three Star Trek eras: The Next Generation, the Kelvin Film series, and from Star Trek: Discovery!
Read more